Enter the "Blood Betrayal Oracle Contest" for a chance to win a **FREE** Autographed Copy of my upcoming book: Blood Betrayal ~ coming June 5, 2017! 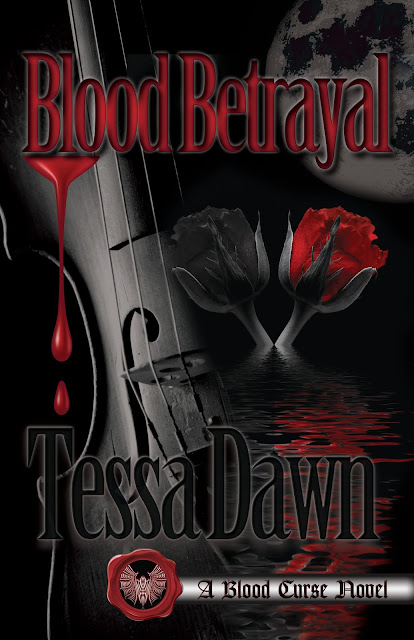 1. Read the epilogue in Blood Ecstasy (book #8 in the Blood Curse Series) ~ this will introduce the characters and "plot" for Blood Betrayal (it will show you what's coming next).

2. Put on your oracle hat (or get out your crystal ball), and make a wild guess as to what will happen in the upcoming novel!

Specifically, come up with at least three predictions. These may be events, outcomes, plot twists, or wild-guesses: the more the merrier, and the more-detailed, the better!

"There's going to be a Blood Moon" is probably not going to be a winning "prediction," or set you apart from other entrants -- it's fairly obvious and far too general.

"Character A will kill character B, right before s/he drives an ATV off a seventy-foot cliff, shape shifts into a bald eagle, and flies away to the Bahamas" would be much more specific and, thus, more likely to win the contest (assuming such bizarre, random events had anything whatsoever to do with the series -- which they don't -- but it's great example of being specific). :-)

The point is, come up with three specific things, and just have fun with it!

3. Post your predictions (or "wild guesses") right here on this blog -- I'm trying to avoid having to search all over Twitter and Facebook for various entries, and this will leave a clear, unambiguous time-stamp with a date. :-)

4. The contest will close on release day -- June 5, 2017 -- and I will wait one-full-month to notify the winner directly (if I have your email), and also ON THIS BLOG.

Why am I waiting to announce a winner?
I don't want to spoil the book for anyone, including the contest winner, by confirming or denying any predictions.

Why must we post on this blog, instead of Facebook or Twitter?
Again, to keep entries all in one place and to avoid involving readers who would rather not see any "prediction-posts." :-)  Rest assured, there will be zero spoilers - the contests is safe. :-)

What if someone has the same answer as me?
"Oh, no! S/he plagiarized my answer!" -- Rolling on the floor laughing. :-)
Odds are, he or she did not -- folks often come up with the same ideas. However, should there be two or more "winning" posts that are exactly the same (and that's where adding a detail might help you ;-)), then I'll check the time-stamps, and the person who posted it first will win.

I will not respond to any predictions in any way, other than to say, "Thank you for entering ~ good luck!" However, feel free to respond to each other -- no one knows anything about the upcoming book. :-)

Blood Betrayal will be available for pre-order as soon as possible; however, each vendor has their own requirements and restrictions. Therefore, the eBook will appear at different times -- and on different dates -- depending upon the vendors. I am not sure whether or not the print-book will be available early. And the audio book will follow in July/August.

Please check my website for updated information -- you can always go straight to the BUY A BOOK PAGE and click on your vendor of choice (if the buy link works, it's available); if it does not click through, it's still coming to that store...


Finally, for those who need to "revisit" the story in order to make a prediction, I will post the upcoming Blood Betrayal back blurb, and the previous, Blood Ecstasy Epilogue (same thing) below!

Saxson Olaru is one of the select, the few, the elite...

As a ruthless sentinel sworn to protect the ancient Vampyr king and the house of Jadon, he has “HOJ” literally inscribed on his heart: a heart that was tragically broken centuries earlier, when human hunters slayed his mother and Dark Ones murdered his father. Having survived the unthinkable, he never dreamed he would come this close to another human predator, let alone a female pretending to be his destiny.
Kiera and Kyla Sparrow are twin sisters: humans, living very different lives. While Kiera is selfless, clever, and talented, Kyla is dark, duplicitous, and damaged—she belongs to a secret society of vampire-hunters, and she has sworn to destroy as many as she can.

When Saxson’s Blood Moon appears in a February sky, and the matching constellation, Cetus the Sea Monster, appears on Kiera’s wrist, Kyla knows exactly what it means: The celestial gods have chosen her beautiful sister to be the eternal mate of an immortal vampire—she just doesn’t know which one.

And it really doesn’t matter.

If Kyla can recreate the sacred emblem on her own inner wrist, she can take Kiera’s place and commit the ultimate Blood Betrayal.

When duty, obedience, and honor clash with a deep, gnawing intuition, an honor-bound warrior will be forced to choose between allegiance to the house he loves and the quiet voice within, whispering: “Warning!”

And all will be lost forever.


GET HERE RIGHT AWAY!