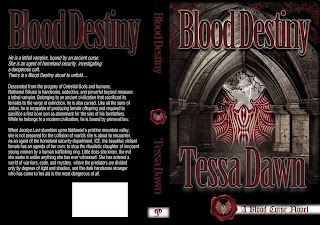 The original edition, published by Charles River Press in 2010,
has been reissued with a new cover. 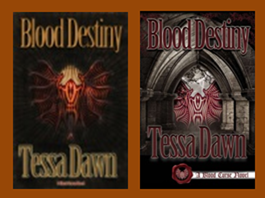 What does this mean for readers?

The second edition contains the same story, characters, and "book" as the first edition. Although there were some minor edits, if you own the first edition, there is no need to purchase the new one! You already have it.

The second edition paperback will have a cheaper retail price (thus, it should be more affordable for those who like to collect the books).

Anyone who orders an autographed copy of Blood Destiny (on or after November  23rd) will receive the new edition.

As always, thank you for your continued support of this series ~ it is truly hard to believe we are already in the third year...with more to come!