Blood Father is featured in a top industry magazine...

I am so honored and pleased to announce that Kirkus Reviews chose to feature Blood Father in their June 15th, 2015, bi-weekly magazine: On behalf of Kagen Silivasi, I thank you. :-)

The reviewer described Blood Father as a "Love letter to Blood Curse Fans, but new readers are invited, too." ~ Kirkus Reviews

You can find the full, original review here:
https://www.kirkusreviews.com/book-reviews/tessa-dawn/blood-father-dawn/ 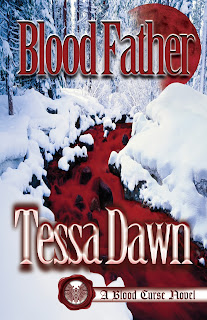 You can find the full, original review here:
http://www.midwestbookreview.com/rbw/sep_14.htm#julie

The Blood Father Back Blurb