Check out the EPNEWS article here
(on page 38) 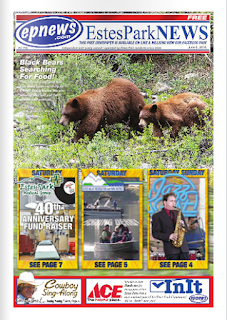 On April 27th, 2015, the seventh installment in the hugely popular Blood Curse Series by Tessa Dawn was released by Ghost Pines Publishing. The series is a fictional tale about a society of warrior vampires living just outside the Rocky Mountain National Park after being banished from their ancient homeland in Romania twenty-eight hundred years earlier. The long-awaited title, Blood Vengeance, immediately soared to the Amazon Best Seller Lists in three categories: Science Fiction & Fantasy; Fiction & Literature, Horror; and Paranormal Romance. It maintains a five out of five-star ratings average and has received rave reviews. The fast-paced series is available in Trade Paperback, eBook, and Audio Book.

When asked why she chose the RMNP area as the setting for her novels, Ms. Dawn said, “The vampires in the Blood Curse Series have a very powerful connection to the earth and an amazing command over the elements. I wanted a setting worthy of such unique and powerful creatures, a backdrop that would lend itself to both danger and unspeakable beauty – just like my vampires. The Rocky Mountain Regional Forest does all that and more.”

The first two books in the series are Blood Destiny (originally published by Charles River Press) and Blood Awakening (also published by Ghost Pines Publishing). The eighth book, Blood Ecstasy, is expected in early 2016, and all titles can be found at the local Macdonald Bookstore in Estes Park. As a part-time resident of the area, Tessa Dawn will be doing much of her writing in the same forest that appears in her series.


Both the author and her books can be found at:
www.TessaDawn.Com 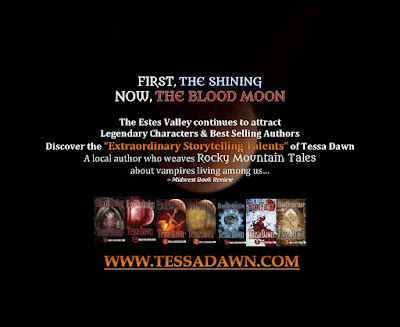