100 NONSENSICAL QUESTIONS (WEEK SIX) ~ because I’m just too busy to blog something serious! 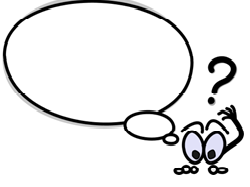 Question #6:
Who had the greatest influence on children?

This week’s argument comes from a fabulous guest blogger ~
Dennis Crosby from MyPoeticJustus.
Welcome to the blog, Dennis!

Before attempting to figure out how we’d finance our children’s college career, pay our cell phone bills, pay for our first car, or where to go on our first date…we were kids. We laughed, we asked questions, we scraped our knees and we had a social network that consisted of the other neighborhood kids. Our status’ were shouted from the front porch, we Tweeted from tree tops, Instagramed with a Polaroid, or pencil and paper…and we read Dr. Seuss and watched Disney movies and were creatively taught (without realizing it) how to become good people.
But which of these men had more influence on child development and learning?
Dr. Seuss, the American born writer and artist gave us Horton Hears a Who!, The Cat in the Hat, The Lorax and How the Grinch Stole Christmas. As the story goes, during a time when children were not learning to read because books were boring, Seuss was issued a challenge to write a children’s book that engaged kids and kept them coming back for more. To this day, no matter our age, we tell the story of Sam I Am as we try and teach kids to try something before saying they hate it. No matter the generation, Dr. Seuss has a story that relates to something kids need to learn. More than that, we carried those stories, those lessons and those morals into our adult life and actively practiced them when interacting with others.
And what of this Walt Disney character? Well, he just created some of the most lovable characters ever and took classic stories and combined them with a brand new medium…film. Our favorite childhood characters had voices, became 3 dimensional and showed us how to overcome obstacles. They also got a huge playground and invited us in to play with them…for a price of course, but nobody can deny the fun and magic of Disneyland.
Both men have had and continue to have a powerful influence on children and their intellectual and moral growth and development. I had the Dr. Seuss collection as a kid, along with the Cat in the Hat carryall bag. I learned some things from him to be sure, but, I dare say I was influenced more by Disney and I think the same can be said of children and adults across the globe. Through film, music and theme parks alone, Disney captured my imagination and does the same for kids worldwide.
Bippity Boppity Boo!

Walt Disney it is. J